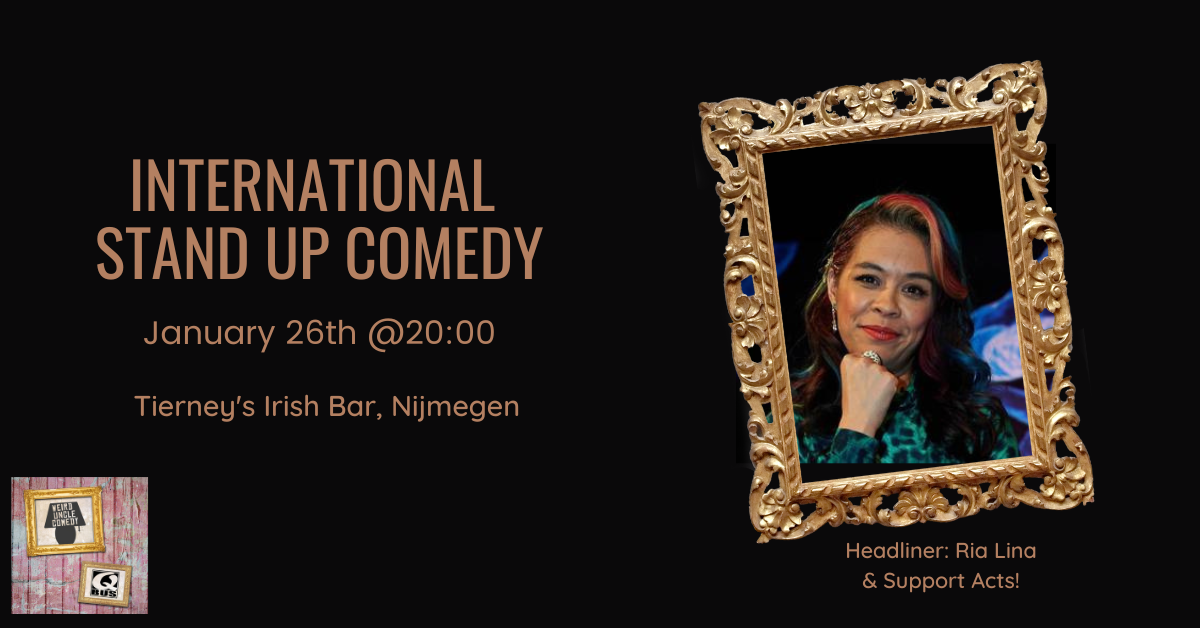 Fancy some Thursday night laughs? Then come on over to Tierney's Irish Bar & Restaurant for some top headline acts from the UK and European comedy circuits!

Our January headliner is Ria Lina, described as ‘Fearless, provocative and very funny’ by The Scotsman & hilarious support acts!

Ria Lina is a touring Filipina comedian, actress and writer known for her appearances on BBC’s Live At The Apollo, Have I Got News For You, The Now Show and Mock The Week - and in November was named as one of The Evening Standard’s ‘Hottest Comedians You Should Be Watching Now’. Throughout her stand-up career Ria has taken five shows to the Edinburgh Fringe Festival with her work tackling topics such as autism, topical news and racial identity. Her career stretches from stage and screen, to radio and the occasional ukulele - all in a unique style described by ‘The Scotsman’ as ‘fearless , provocative and very funny’.
Ria is the only Filipina comedian in British stand up and has a BSc in Experimental Pathology, an MSc in Forensic Science and a PhD in Virology under her belt, so it’s not only Ria’s comedy that’s highly intelligent. A regular pundit on Sky News, BBC News, Times Radio and TalkRadio, Ria is in demand for both her scientific insight, confident delivery and biting wit.
A prolific writer, Ria has written for the Ladyboys of Bangkok ‘Fantasy & Feathers’ and ‘Glamorous Amorous’ tours, and wrote and acted in ITV2 comedy sketch show ‘Meet the Blogs’. She has also written and presented her own Channel 4 documentary that revealed the truth behind the myths that surround East Asian women in Britain.

‘Engaging, endearing and eye-opening’
Time Out
‘She’s like a Filipina Sarah Silverman’
Dusty Limits
Plus Support acts to be announced!
An hilarious monthly show featuring some top names, a great night out with friends, a date, you work crew or just come alone and meet other comedy fans.